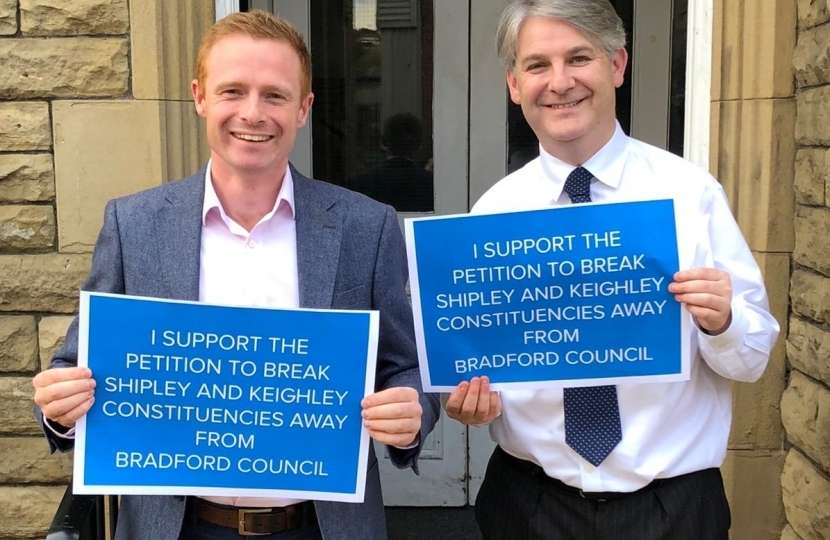 This petition is addressed to the Secretary of State for Secretary of State for Housing, Communities and Local Government Under Part 1 Chapter 1 Section 8 (3)(a) and (c) of the Local Government and Public Involvement in Health Act 2007 (referred to as ‘The Act’).
We the undersigned, each being a local government elector within the boundaries of Bradford Council call upon the Secretary of State to heed the demand for the creation of a new local government area made up of the following Wards: Craven, Ilkley, Keighley Central, Keighley West, Keighley East and Worth Valley, Shipley, Windhill and Wrose, Baildon, Bingley, Bingley Rural, and Wharfedale and subsequently to instruct the Boundary Committee to conduct a review under the legislation cited above.

The information you provide will be used for these purposes only, and will be used only by the Conservative Party (including its candidates, representatives and associations), the Robbie Moore Campaign, and the Office of Philip Davies MP. We will not give, or sell this information to anyone else.