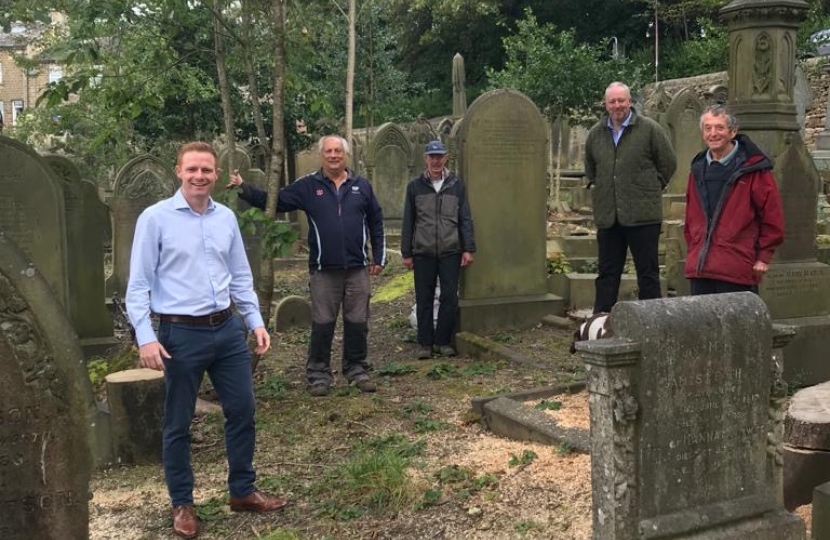 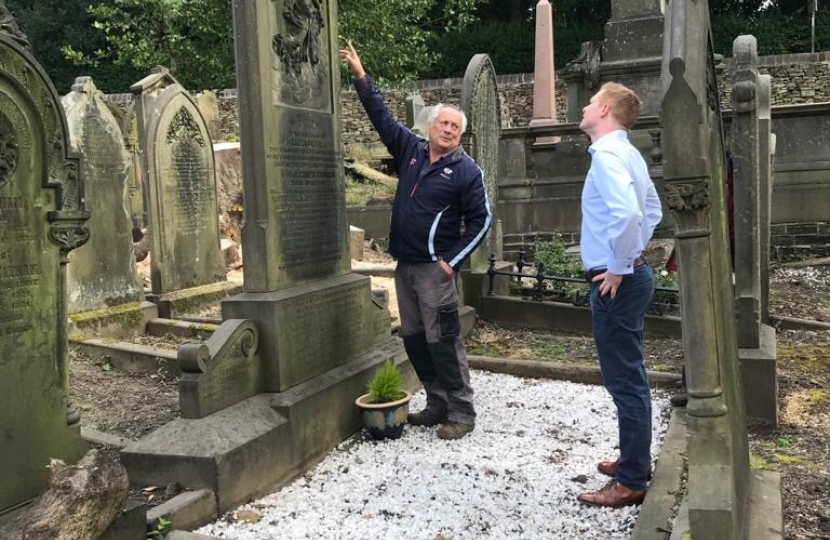 The new owners of an Oakworth graveyard have committed to clean up the site after taking it over from a private developer. Retired dairy farmer Andrew Heaton has set up the Dockroyd Graveyard Restoration Trust after seeing the site fall into disrepair.

Local MP Robbie Moore met with Andrew Heaton and the other volunteers on Saturday (September 19th) to understand the importance of the restoration project to the families of people buried there. Mr. Heaton was companied by fellow trustees Stuart Sharp, Roger Laird, John Sugden and Jean Sugden.

Mr. Heaton has family buried in the graveyard and he recently wrote a book telling the story of the people buried at the site. Sales from the book Dockroyd Live will contribute towards the restoration of the graveyard.

“It’s really important to support community organisations like the Dockroyd Graveyard Restoration Project as they carry out work that really matters to people in places like Oakworth.

“The legacies of the people buried at Dockroyd will now be protected into the future and their stories will be told thanks to Andrew Heaton and his team. The graveyard was unfortunately allowed to fall into a state of disrepair, but this work will enable the area to be resurrected while giving a voice to the families of those who are resting there.”