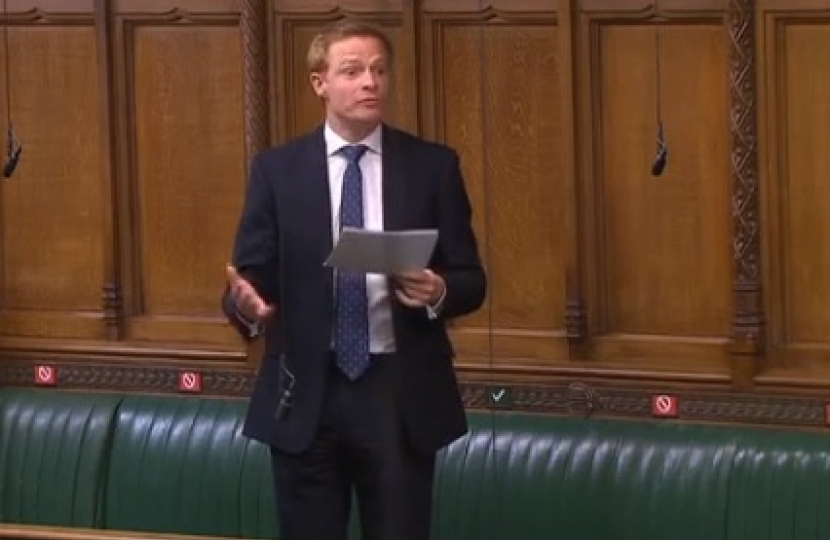 The MP for Keighley and Ilkley, Robbie Moore, has asked his first question at the weekly sitting of Prime Minister’s Question’s. MPs have to take part in a ballot to be allowed to ask a question on a topic of their choice.

In his question Robbie raised the issue of drug abuse in his constituency and problems associated with it, including vulnerable young people becoming victims of criminal gangs who are responsible for distributing illegal narcotics. He asked the Prime Minister for an update on the party’s manifesto pledge to deliver an additional 20,000 police officers across the country, and if he could ensure West Yorkshire police get the additional resources they need to tackle the illegal sale of drugs.

In his question Robbie said: "The people of Keighley and I are sick of gangs openly selling drugs on Keighley's streets, but also grooming young, innocent children to do their dirty work.

"Can the Prime Minister update me as to what progress is being made to deliver on our manifesto commitment to ensure West Yorkshire Police have the resources and personnel they need to tackle these drug dealers who are infecting Keighley's soul.

In his reply to Robbie, the Prime Minister said the government was committed to stopping the 'evil' of drug dealing, including the impact it has on young people. He reasserted his commitment to recruiting an additional 20,000 police officers for Keighley and the rest of the UK.