Government is investing up to £25m in Keighley 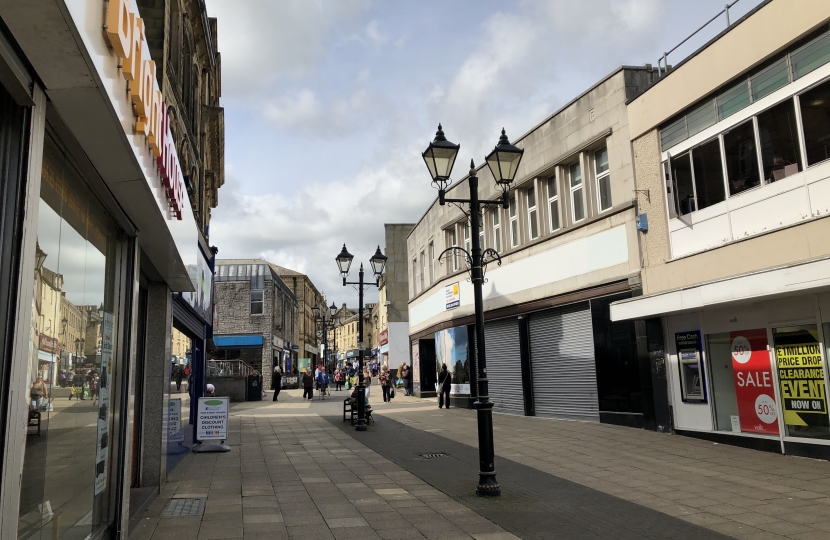 People living in Keighley can have a major say in the next chapter of their town through a new campaign worth £25m.

Keighley was one of 100 towns across the country to be selected to receive up to £25m of funding to develop ambitious and innovative plans to boost the town and its economy.

Now, the #MyTown campaign is being launched to encourage people to come up with plans and ideas of how money can be spent to improve Keighley and its economy.

People will be able to share their views on what should happen with the funding in Keighley on a dedicated Facebook page and on Twitter through #MyTown.

Conservative parliamentary candidate for Keighley and Ilkley, Robbie Moore, said he wants to see as many people as possible get involved to shape how the town will look for years to come.

“Keighley is a great place to live and work, but this opportunity gives us a fantastic chance to make it even better,” he said.

“Now we want as many people to come forward as possible with their ideas and thoughts on what can improve Keighley for the benefit of everybody in the area.

“Whether you are part of a local organisation or a community group, a business leader or just someone who cares about the future of Keighley, it’s crucial you let us know your ideas to shape the future of our town.

“Boris Johnson and the Government have offered us this fantastic opportunity to make things better for Keighley and to make a big difference we must take advantage of it,” Robbie added.

The funding is part of the £3.6bn Stronger Towns Fund, which will ensure towns are getting the improved transport and broadband connectivity they need to create more jobs.

Communities Secretary Robert Jenrick has urged people to get involved in the #MyTown project and use it as a platform for communities to share their proud history and ambitions for a bright future.

“Too many towns feel neglected by Westminster politicians. This government is committed to levelling up all parts of the country,” he said.

"That’s why we’re investing up to £25 million in 100 towns across the country. And I want local people to determine how that money is spent.”

A total of 45 places across the Northern Powerhouse and 30 places across the Midlands Engine are among the 100 places invited to develop ambitious plans to transform towns across England as part of the Government’s commitment to level up all regions.

Communities, businesses and local leaders will now join forces to draw up ambitious plans to transform their town’s economic growth prospects with a focus on improved transport, broadband connectivity, skills and culture.  Details support and guidance to the 100 places to kick-start the process will be announced in due course.