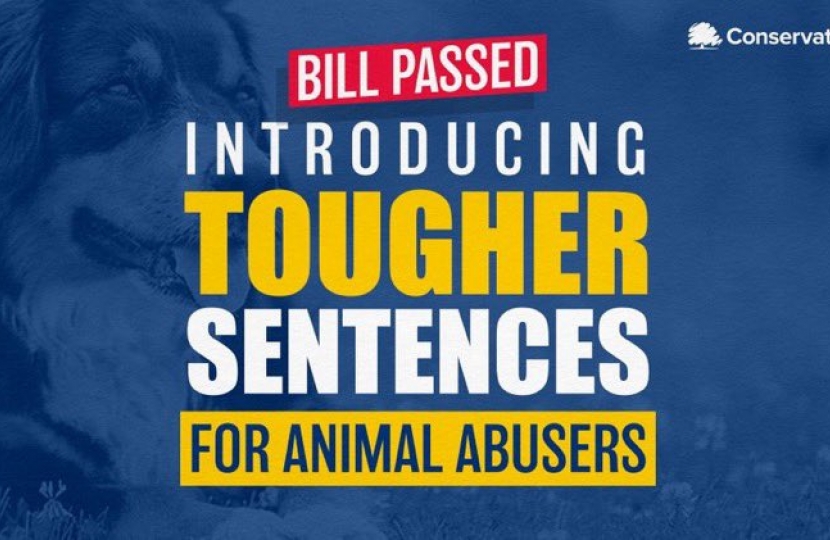 The Animal Welfare (Sentencing) Bill has passed into law in a ‘huge step forward’ for animal welfare.

The Bill completed all its stages in the Houses of Parliament and has now received Royal Assent meaning animal abusers convicted under the Animal Welfare Act 2006 could face up to five years in prison.

Although the Bill has now become law, it is expected to come into force later this year - a move for which animal welfare groups and MPs have long campaigned.

The new law brings England and Wales in line with Scotland and Northern Ireland where convicted animal abusers can be jailed for up to five years.

The Animal Welfare (Sentencing) Act is set to cover both England and Wales, once the Senedd for Wales passes a legislative consent motion - which the Welsh Government supports.

Keighley and Ilkley MP Robbie Moore said: “This world-leading legislation is a huge step forward in the enhancement of animal welfare. All animals should be subject to the highest possible welfare standards.

“We are a nation of animal lovers. This Bill sends out a clear message that cruelty against animals will not be tolerated. The maximum five-year sentence will be one of the toughest punishments in Europe and will strengthen the UK’s position as a global leader on animal welfare.”

The RSPCA - the principal investigator of animal neglect and cruelty in England and Wales - has been campaigning for tougher sentencing, alongside its colleagues in the animal welfare sector, for years.

Chief executive Chris Sherwood said: “This law is a huge step forward for animal welfare in the UK and we’re delighted that justice will now be served for animals. Tougher sentences will act as a stronger deterrent to potential animal abusers and will help us in our aim to stamp out animal cruelty once and for all.

“Every year our officers are faced with cases of the most unimaginable cruelty: animals beaten, stabbed, shot and burned; unwanted or elderly pets being drowned; wild animals shot with crossbows or set on fire; gangs forcing cockerels to fight to the death; and breeders cutting off puppies’ ears to make them look tough.

“Since this Bill was introduced animals have been starved, shot, stabbed, beaten to death and drowned. At least now, in those cases that leave us heartbroken, our courts will be able to hand out sentences that truly reflect the severity of the crimes.”