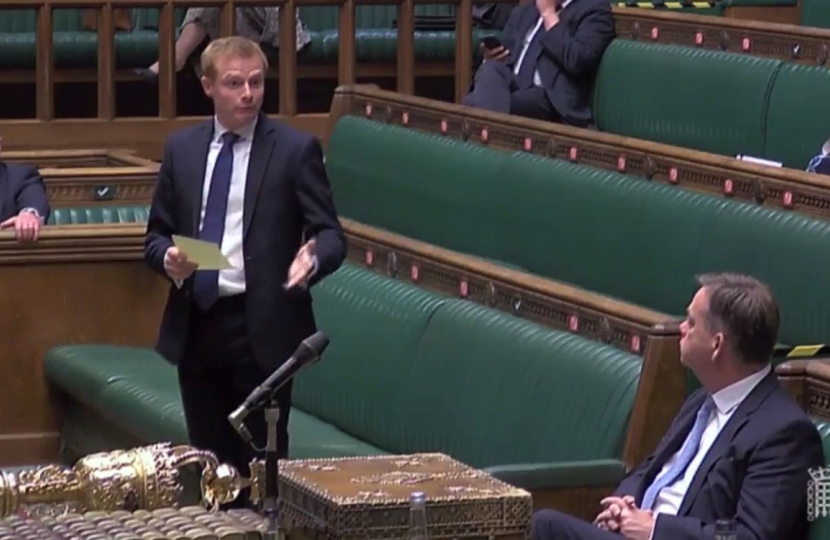 Robbie Moore, the Member of Parliament for Keighley has called on the government to continue standing up for Hong Kong citizens. There are growing concerns for the security of British Nationals (Overseas) (BNO) as a result of a new law being proposed by the Chinese government. The Foreign Secretary, Dominic Raab, gave a statement to the House of Commons on Tuesday, outlining the government’s plan to create ‘a pathway to citizenship’ for BNO passport holders. He also called on the Chinese government to reconsider the controversial legislation which is still in draft stage. Responding to the Foreign Secretary’s statement Robbie Moore asked for reassurance that the government would continue to stand up for BNOs in Hong Kong and stated that Britain has ‘long and historic ties’ with the country.

Robbie said: “I have been contacted by a number of constituents concerned about the safety and security of Hong Kong residents and also China’s bullish nature in having complete disregard for the one country, two systems approach. So, I am glad to receive further commitments from the government about how it will protect their rights if the Chinese government pass their proposed national security bill. As a nation we have a duty to ensure that those still residing in Hong Kong are able to live peacefully, with the freedoms afforded to them by the 1997 agreement.”

Today, the Prime Minister Boris Johnson announced that Britain would change its immigration laws to make citizenship easier to obtain for Hong Kong citizens if China passes the legislation.