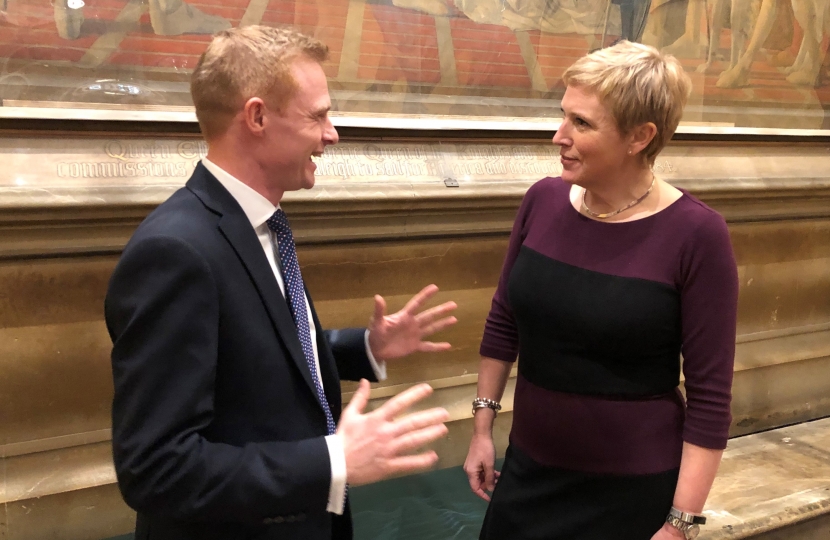 Keighley and Ilkley MP Robbie Moore calls on government to provide funding for proposed Steeton/Silsden footbridge over the A629 dual carriageway.

Funding to carry out a feasibility study on the footbridge was secured by former Tory MP for Keighley and Ilkley Kris Hopkins. The £700k budget was allocated by the Department for Transport in 2016 to carry out a feasibility study after two high-profile visits to the location from the then Transport Secretary Patrick McLoughlin and former Roads Minister Andrew Jones MP.

Almost four years on, Bradford Council & the Yorkshire Combined Authority have only just now completed a study and are ready to present an Outline Business Case for the proposed bridge, suggesting that it would cost in the region of £3.6 million to construct.

Robbie Moore MP has been working with local district councillors for Craven; Rebecca Whittaker and Owen Goodall on this scheme and has already since being elected raised the project at the highest level in Westminster.

Mr Moore said: “This bridge has been in the pipeline for a number of years. Whilst I am pleased Bradford Council have now, eventually reached a conclusion on the feasibility study since being given the money from central government several years ago, it is frustrating the consultation has taken so long. I am not sure why for example options like a subway were considered given the site is next to a flood plain, but in any case, at least we can start moving in the right direction now.

“I am determined to deliver a pedestrian bridge connecting Silsden and Steeton so residents can safely cross the busy dual carriageway. I have already raised this project with the Treasury Team at No. 11 Downing Street and Baroness Vere, Roads Minister (pictured above) and going forward I will be activity lobbying them for funding commitments now the Outline Business Case has been produced. We need to work constructively and efficiently to deliver this scheme for residents, and that is why I look forward to working with district and parish councils to ensure this bridge is built for the safety of all.”