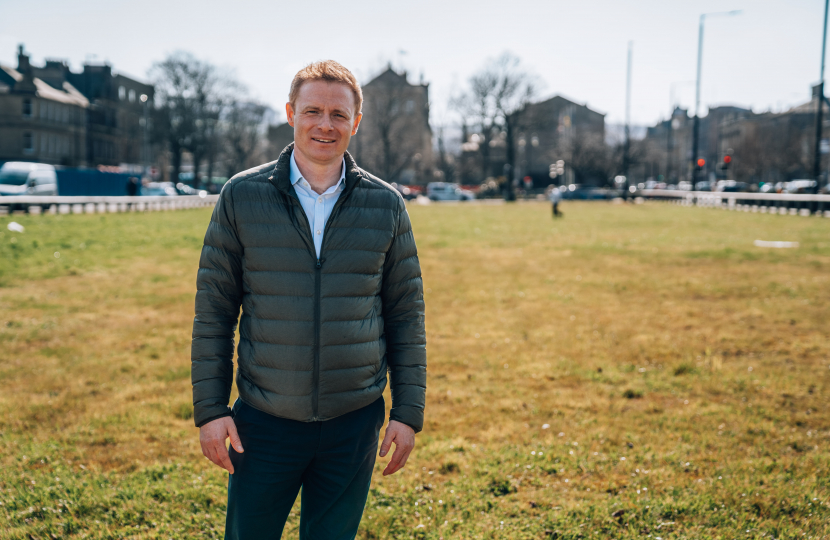 Keighley and Ilkley MP Robbie Moore has reiterated his strong criticism of Bradford Council after their most recent executive committee meeting, in which Keighley representatives were unable to represent their town’s opinion.

The Executive Committee were discussing Bradford Council’s plans to build on the green space on North Street in Keighley, one of the few remaining spaces of its kind in the town. Councillor Paul Cook, the elected Green Space Campaign Spokesperson for Keighley Town Council, went as a representative of the town. However, despite contributions from people including Leader Susan Hinchcliffe and Labour Councillors, Cook was not granted a chance to speak. After protesting this, he was ejected from the room.

Robbie Moore MP said: “This is yet another clear example of absolutely disgraceful behaviour from Labour run Bradford Council when it comes to their treatment of my constituents and ignoring Keighley’s views. When it comes to the Green Space on North Street, and just about everything else, they constantly make it clear they are not bothered about the hearing my constituents’ opinions.

For Council Leader Susan Hinchcliffe to not let the Keighley Town Councillor responsible for the green space campaign speak, whilst allowing others over five minutes, is shocking, and a true reflection of Bradford Council’s unwillingness to listen.

I am totally in favour of building a new Health and Wellbeing Centre in Keighley, we need one. Indeed, I helped secure the funding for it from the Government. However, it does not have to be built on one of the few green spaces in the centre of Keighley when there are so many other options available. Labour-run Bradford Council have refused to consider any other options, and by their actions at their Executive meeting, they are continuing to run rough shod on the people of Keighley.”