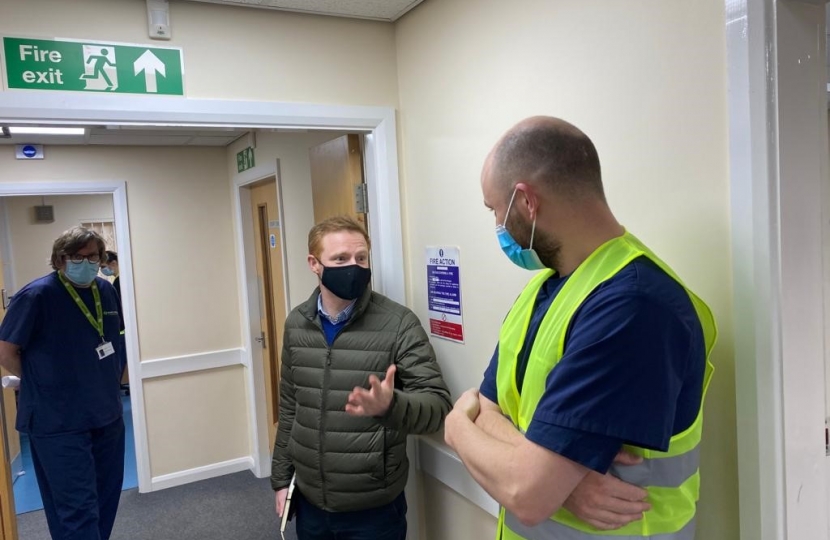 Keighley and Ilkley MP Robbie Moore welcomes the news that the Government has met its target of vaccinating over 15 million people in the top four priority groups. This means that over one in four UK adults have now received a coronavirus vaccine, with the first doses having been given to around 9 in 10 people aged 70 and above. The Government is now accelerating the rollout so a vaccine can be offered to everyone over the age of 50 by May.

Only two countries, the United States and China, have vaccinated more people than the UK. The UK is also the third country in the world for vaccinations per capita behind Israel and the UEA – a testament to British science, as we are leading the world from the front in science, research and development.

Overall, the UK has secured early access to over 407 million total doses of vaccines for 2021 and 2022. This means the UK will have the Oxford-AstraZenca vaccine manufactured in Oxford, Staffordshire and Wrexham; the Novovax vaccine made in Teesside and the Valneva vaccine, subject to approval, produced in Livingston, Scotland – a great example of what we can achieve together as one United Kingdom.

Commenting Robbie Moore said: “This is a great achievement and something we should collectively be proud of. My thanks go out to all NHS staff who have helped deliver the vaccine, from the front-line vaccine administers to the back-room logistics teams. I also want to pay tribute to the many fantastic volunteers who have helped make this a success from carpark attendants to vaccine centre coordinators. I have been fortunate enough to volunteer at a vaccine centre in Keighley and I know that from speaking with leaders of the vaccine rollout programme that this could not have been done without their selfless help.

“There is light at the end of the tunnel and with the top four priority groups receiving their first dose of the vaccine, the Prime Minister can start to set out a road map of easing restrictions over the coming weeks. For now, it is important that everybody remains vigilant and continues to follow the restrictions in place so that our efforts are not in vain.”