MP presents petition to save Haworth Post Office in Parliament 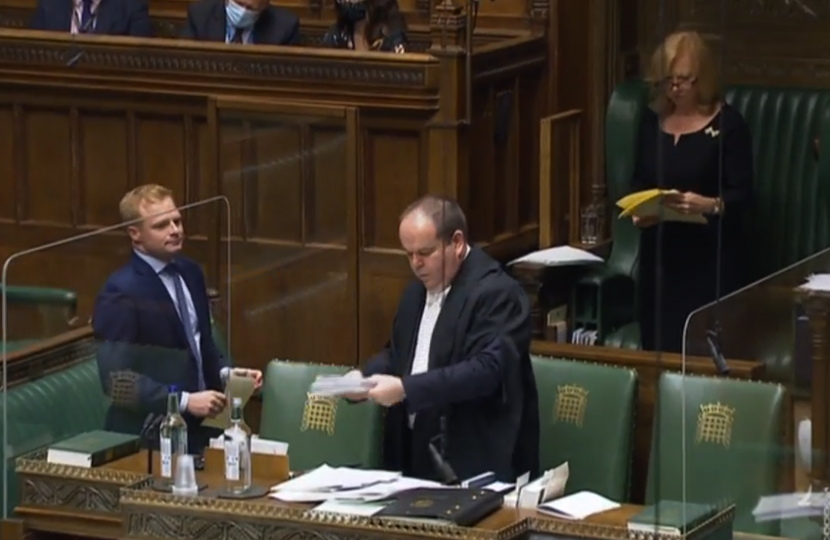 Keighley and Ilkley MP, Robbie Moore, has presented a petition in Parliament signed by 6,911 local residents to save Haworth Post Office from closure.

The MP made the formal presentation to the House of Commons, with the petition being read out in the Chamber by the Clerk. The Petition will now be printed in Hansard – the Official Report of proceedings in Parliament – and sent to Petitions Committee, which may recommend further action.

Earlier this summer, Post Office Ltd proposed the closure of the local Post Office branch, and announced plans to move it include the new Co-Op store on Station Road. The Haworth Post Office has been on the site for over 150 years, and serves many local residents in the centre of the town. The Post Office is also a tourist destination for Bronte lovers, as it is where the famous sisters used to post their letters.

The Post Office initially announced plans for closure without a consultation, but following pressure from local MP Robbie Moore, the organisation backtracked to ensure due process was followed.

The MP met with the Post Office Ltd earlier this summer, and emphasised during the meeting that the Post Office was the only place in the village centre to get cash out.

Robbie Moore, MP for Keighley and Ilkley said “The Post Office have behaved disgracefully throughout this entire process. They now must listen to the clear views of local residents and keep the existing Haworth Post Office open at the top of Main Street.

I will continue the fight to save our Haworth Post Office, as it provides a much needed service for all. It is so important for the village, particularly for residents and businesses situated at the top of Haworth. This petition to parliament today has been signed by 6,911 local residents and the Post Office Ltd must now listen.”

Mr. Moore has been working with the Save Haworth Post Office Campaign Group since the issue came to light in July, and has already raised the issue in the House of Commons with the Minister for Regional Growth and Local Government, Luke Hall MP.