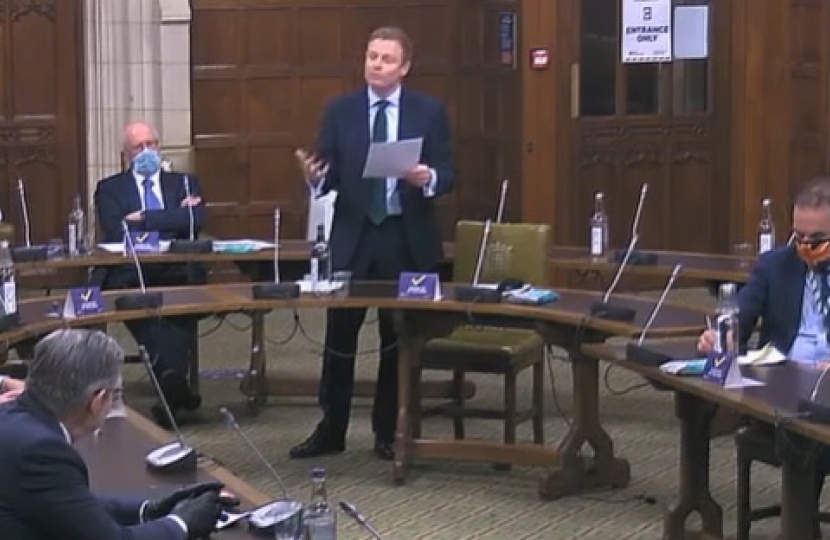 Keighley and Ilkley MP Robbie Moore has called on the Government to push for a UN-led investigation into the allegations of genocide by the Indian Government in the Kashmir region. In his speech Robbie emphasised the need that the “situation is investigated”  and that “pressure to reach a solution” for the region is sought.

Kashmir has been living under heavy lockdown restrictions since August 2019, following the revocation of special status of the Jammu and Kashmir region by the Indian Government. It is claimed that foreign journalists are being denied access into Kashmir by the Indian Government and that thousands of people have been arrested and face harassment and imprisonment without due cause: lawyers, small business owners, journalists, students and human rights activists. Sources claim that nearly 300 Kashmiris have been killed and over 1,600 injured, and more than 900 houses have been destroyed since special status was revoked.

Commenting, Robbie Moore said: “The situation in Kashmir is harrowing. We have a duty as a world-leading country to demand that an investigation is untaken to hear the allegations of human rights abuses from both sides of the line of control, but particularly from the Indian side. There has been a number of local organisations and individuals who have contacted me over the past 12 months in relation to this issue. I know it is close to the hearts of many of my constituents who originated from Kashmir.

“I would like to see UN human rights officials get access to both sides of the line of control, to find out the facts. Of course, India and Pakistan are both longstanding friends of our country. That is strengthened by the large Indian and Pakistani communities across our country. But a solution to the situation in Kashmir must be sought—after all, both countries are nuclear powers—and it must be sought at speed.

“The UK’s fundamental values are freedom and democracy. That applies not only to the situation in Kashmir, but around the world. Earlier this month I raised a similar concern with the Foreign Secretary during his statement on the terrible situation in western China.”