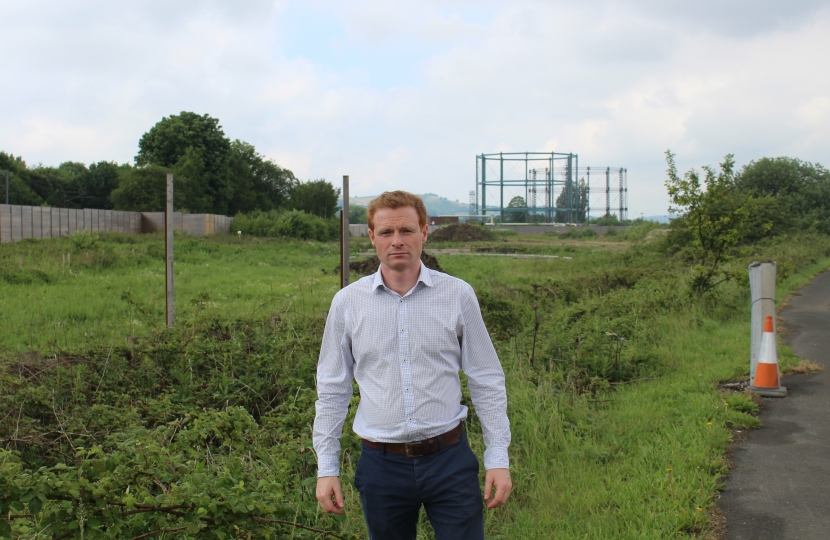 Keighley and Ilkley MP Robbie Moore has secured a debate in Parliament to discuss the controversial Keighley incinerator which was given the green light by the Environment Agency earlier this year. The adjournment debate will be held on Wednesday 24 March and is expected to be at approximately 7pm. Robbie Moore will be live streaming the debate from his Facebook page.

The Aire Valley Against Incineration campaign group, who Robbie has been working with since his election to Parliament, has this week decided against pursuing a Judicial Review into the decision. Whilst a Judicial Review may overturn the awarding of an environmental permit for the incinerator on technicalities, it is unlikely that a judgement would put an outright stop on the incinerator from being built on the land, only delay any proposals. This would inevitably lead to the operating company, Endless Energy, resubmitting their plans with the adjustments made to satisfy the Judicial Review. Planning permission for the incinerator was granted by Bradford Council a number of years ago.

Robbie will use the opportunity in the debate to highlight the poor decisions which have been made throughout the application process which led to the incinerator being granted. A Minister from the Department for Environment, Food and Rural Affairs will be at the debate to respond to Robbie’s points.

Commenting Robbie said: “This debate will give me the opportunity to talk through my ongoing concerns with the whole decision-making process, from planning permission being granted through to an Environmental Permit being awarded. I still have severe concerns regarding the level of scrutiny the Environment Agency adopted and how they came to their decision despite stark scientific evidence which has been presented to them on the harm and damage this incinerator will do. The Aire Valley Against Incineration Campaign team have done a brilliant job over many years and this debate, held in the Chamber will be an opportunity for me to hold our decision makers to account for their actions.”