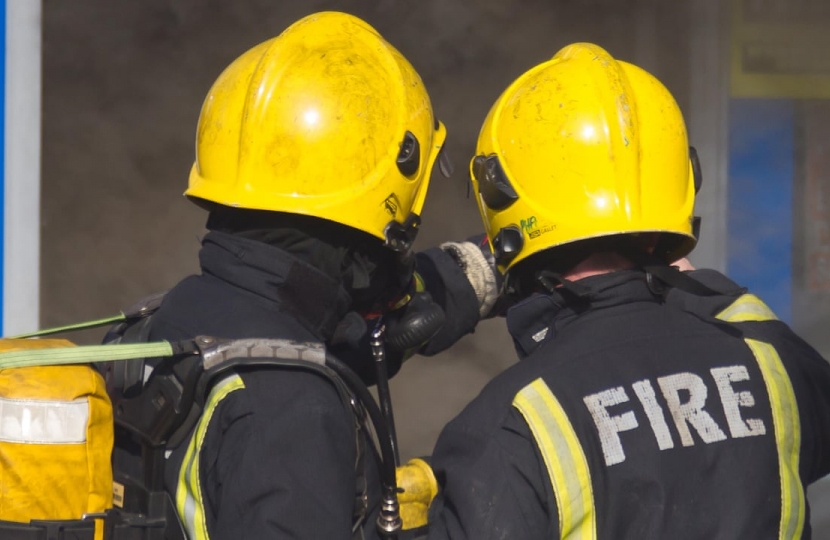 Firefighters attending an incident in Keighley last night came under attack from youths hurling fireworks. Members of green watch at Keighley fire station were called out to a blaze in the open in the Victoria Road/Lund Park area at about 8pm.

When they arrived, a group of between ten and 15 youngsters pelted them with fireworks. Some members of the four-strong crew were hit, but no one was injured.

Robbie Moore MP said “I am extremely angry to hear about this disgraceful attack on our firefighters last night. I joined them on duty just a few months ago and saw what an amazing job they do. Those responsible should hang their heads in shame.

I urge anybody with information to come forward to the police so we can ensure these mindless hooligans face the full force of the law.

Firework misuse remains a big problem in Keighley, and I am supportive of restrictions on their sale. I urge all local residents to let me know their views by taking part in my Fireworks Misuse Survey at robbiemoore.org.uk/Fireworks.”

Watch commander Mick Rhodes, of Keighley fire station, said: "We returned to the fire engine and contacted control, and police attended immediately. "They escorted us to the fire, that consisted of burning rubbish and bins, which we extinguished. "There were still a number of people in the area."

Chief Superintendent Daniel Greenwood said: “Halloween and Bonfire Night are absolutely no excuse for anti-social behaviour or for anyone seeking to endanger or frighten anyone else deliberately. We will respond promptly to any reports of ongoing incidents and technology such as CCTV, bodycam and mobile phone footage gives us an unparalleled ability to identify those involved in trouble.

"I can promise we will not hesitate to take robust action against anyone who seeks to commit criminality or intimidate others whilst masquerading as ‘having fun’. Reports of damage to property or assaults on emergency services personnel will be met with the full weight of the law."