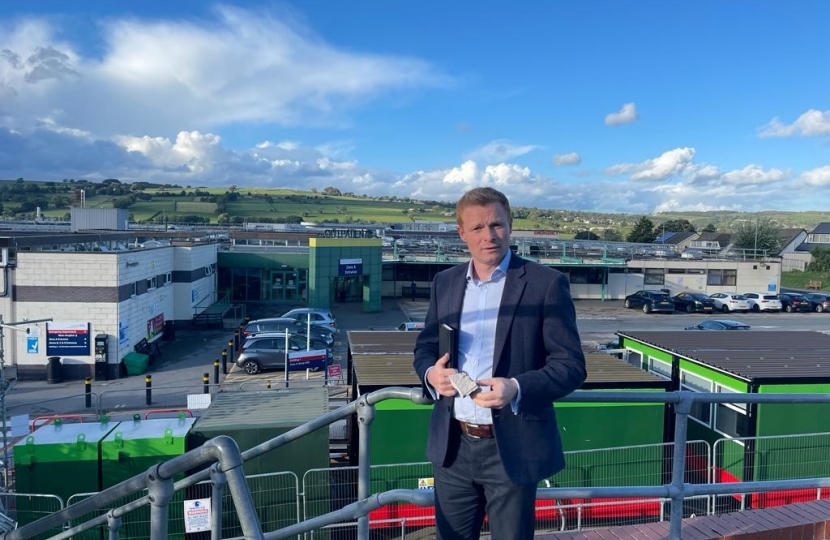 Plans for a new Airedale Hospital are amongst an ambitious £1.7 billion-plus package of proposals put forward to the Government.

The complex would be Europe’s first carbon-neutral hospital, and would replace the existing building at Steeton, which opened in 1970, and be constructed on the same site.

The package – submitted by the Act as One health and care partnership, which covers Bradford district and Craven – also includes proposals for other new-build hospitals. Mr. Moore is now lobbying hard in Westminster to ensure the Airedale Hospital is one of the eight new hospitals to be rebuilt across the country.

Keighley and Ilkley MP Robbie Moore said: "Airedale is a brilliant hospital, but it is now more than 50 years old and made from aerated concrete - which is known for its structural deficiencies. I’ve been lobbying hard in Westminster for a full rebuild of the hospital and secured a debate in Parliament on the matter, so I am delighted plans for a rebuild have been submitted to the Government.

"We have got through the last eighteen months thanks to the dedication and commitment of nurses, doctors and NHS staff. As we recover from the pandemic, a brand new hospital will make sure we have the very best healthcare for Keighley and Ilkley long into the future.”

Brendan Brown, chief executive of Airedale NHS Foundation Trust, said: “We have put together a compelling case which highlights that doing nothing is not an option for us at Airedale, due to our buildings now reaching the end of their life.

“Our plans would see us create the first carbon-neutral hospital in Europe, directly contributing to local and global efforts to combat climate change. Our proposal builds on detailed discussions with colleagues in NHS England and NHS Improvement and the Department of Health.”

The plans follow a long campaign from Robbie Moore MP, who earlier this year held a Westminster Hall debate on securing a full rebuild of the hospital.

The Airedale Hospital is now more than 50 years old, despite being built with a lifespan of 30 years. 83% of the building is made from aerated concrete, known for its structural deficiencies.