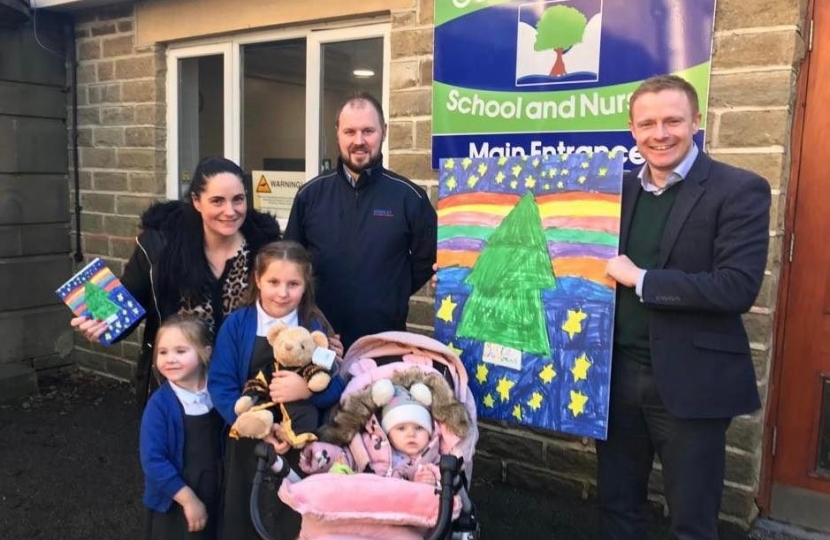 The local MP received hundreds of entries from across Keighley and Ilkley, which were whittled down to twelve finalists, and put to a public vote. After stiff competition, Lexie from Oakworth Primary School was crowned the winner!

Keighley and Ilkley’s MP, Robbie Moore has presented Lexie with a copy of the winning card, and a Speaker’s Bear from the Houses of Parliament to congratulate her on the achievement.

Mr. Moore’s Christmas Card is being sent to hundreds of people across Keighley and Ilkley, as well as MP’s from all political parties, Speaker of the House of Commons Sir Lindsay Hoyle, and the Prime Minister Boris Johnson.

Robbie Moore MP said “Thank you to the hundreds of local schoolchildren who took part in my Christmas card competition. We received so many fantastic entries, so the only right thing to do was to put the designs to a public vote.

“I want to say a big well done and thank you to Lexie for her fantastic colourful winning design, which has been sent to hundreds of local people and MP’s. Now it’s time to finish writing them!”