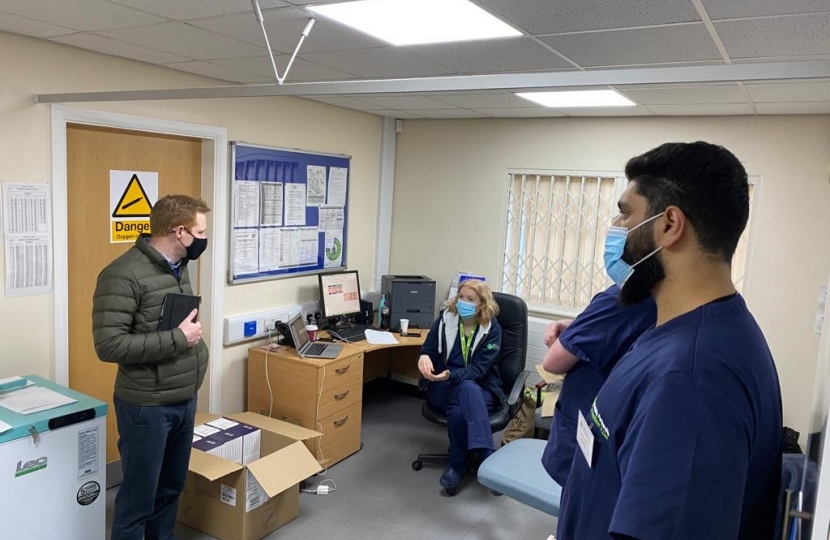 MP Robbie Moore has sought to reassure constituents after a number of anti-vaccination leaflets have been delivered around the Keighley and Ilkley constituency.

The leaflet, which is mainly targeted at Keighley’s Pakistani Muslim community, calls the vaccine ‘poison’ and labels it as ‘satanic’.

This leaflet comes in the wake of the successful rollout of the Covid vaccine which nationally has administered over 48.1 million vaccine doses across the UK, including 34 million first doses and 14 million second doses. 95 per cent of those over the age of 50 have received at least one dose, with one in four adults having received their second dose.

The vaccine rollout amongst the Pakistani Muslim community has been well received with multiple sessions taking place at Keighley Central Mosque. The outreach programme has been run by Keighley Central Mosque in conjunction with The Modality Partnership – who are running much of the vaccine deployment in Keighley. The outreach programme has also been praised by Health Secretary Matt Hancock in a tweet on 13 April.

Commenting Robbie Moore said: “These flyers are disgraceful. They are trying to scare certain sections of our community into not taking the vaccine with unfounded claims and outright lies. The vaccine has been proven to cut the rate of infection, has dramatically reduced the death rate and has brought hospital admissions down to levels not seen since the summer. The vaccine rollout is working and I want to thank all involved.

“I have brought this leaflet to the attention of Bradford Council, the Police and the Modality Partnership to see if a combined effort can be made to counteract this misinformation. Many thanks to all who have contacted me on this matter. It really is a disgrace that some individuals are trying to frighten people in our community by delivering these leaflets."