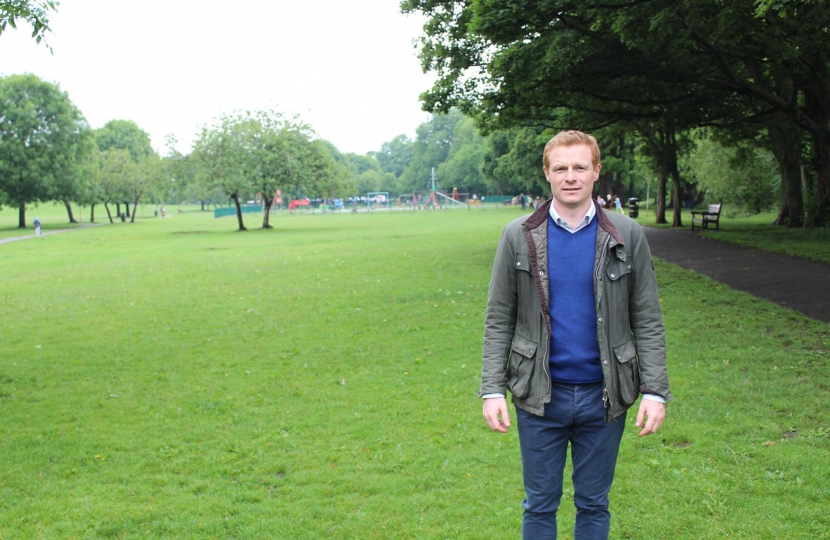 Robbie Moore MP has led a call to have play parks reopened across his Keighley constituency. All UK play parks were closed in March due to the ongoing Covid crisis, but fresh guidance from the government allowed them to reopen from Saturday 4th July.

Despite the rules easing, Bradford Council who manage all the parks across Keighley, Ilkley, Silsden and the Worth Valley, have continued to deny access for young people and their families. Parks in a number of nearby council areas including in York and Burnley have opened.

A number of people, including residents and councillors, have called on the council to reopen their play parks but so far this seems to have fallen on deaf ears. He said:

“People are understandably frustrated when play parks are reopening in other towns and cities nearby, yet here they have remained closed. Exercise is vitally important especially for young children and outside play parks are key to this.

“It is frustrating that Bradford Council are taking this stance as many children and families across Keighley and Ilkley are being impacted by their decision not to reopen these parks. The example set by other councils shows that play parks can be reopened in a safe and managed way, and can be closed off again if needed.”

Local Ilkley councillor Kyle Green commented: “Exercise is vital for young children and outdoor playgrounds provide an ideal opportunity for children to have fun whilst being active. By not opening playgrounds we are depriving children, especially those living in flats or without gardens, the opportunity to benefit from fresh air and exercise which is vital for their development.

“Other Councils in Yorkshire have opened their playgrounds, whilst stressing the need for parents to be responsible, so come on Bradford, let’s do the same.”