Robbie meets with Consulate of Pakistan 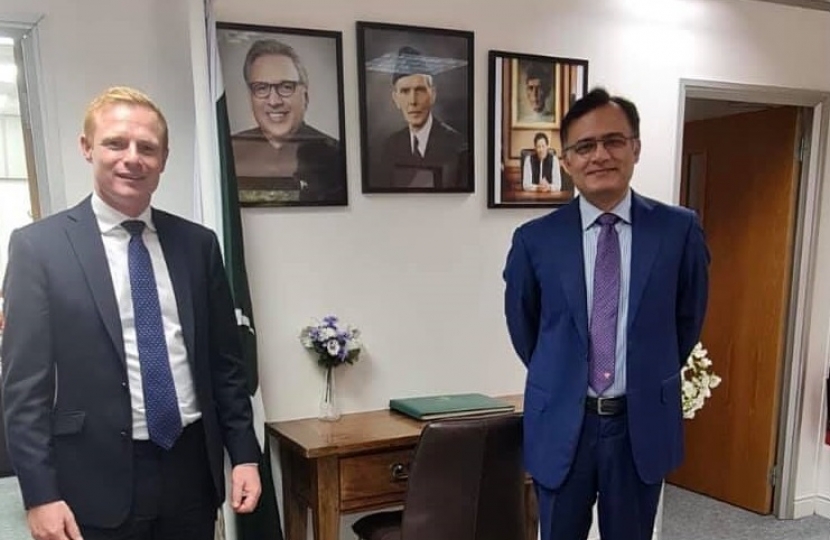 This meeting follows a successful meeting in London with His Excellency Moazzam Ahmad Khan - the High Commissioner for Pakistan earlier this year to discuss the situation in Kashmir.

The Keighley and Ilkley constituency has a high number of Pakistani-Muslim residents with deep links with Pakistan and with duel British/Pakistani citizenship. The consular service is the link between Pakistanis living in the UK and deal with services relating to passports, visas and immigration, as well as legal matters.

Following the meeting, Robbie spoke in a Foreign Office debate in the House of Commons on Human Rights Abuses. In his question, Robbie raised the “situation in Kashmir”  being “deeply disturbing, with thousands arrested, facing harassment, and imprisonment”. The question was responded to by Foreign Office Minister James Duddridge.

Commenting Robbie Moore said: “It was great to meet with the Consulate for Pakistan, Consul General Ibrar Hussain Khan to discuss issues relating to my constituents. It is vital that I have conversations like this to ensure that all sections of Keighley and Ilkley are represented at the highest level.

“It was also vital that I spoke with Consul General Ibrar Hussain Khan about the current situation in Kashmir and to see what more I can do to raise this matter in Parliament and with colleagues in the Foreign and Commonwealth Office.”