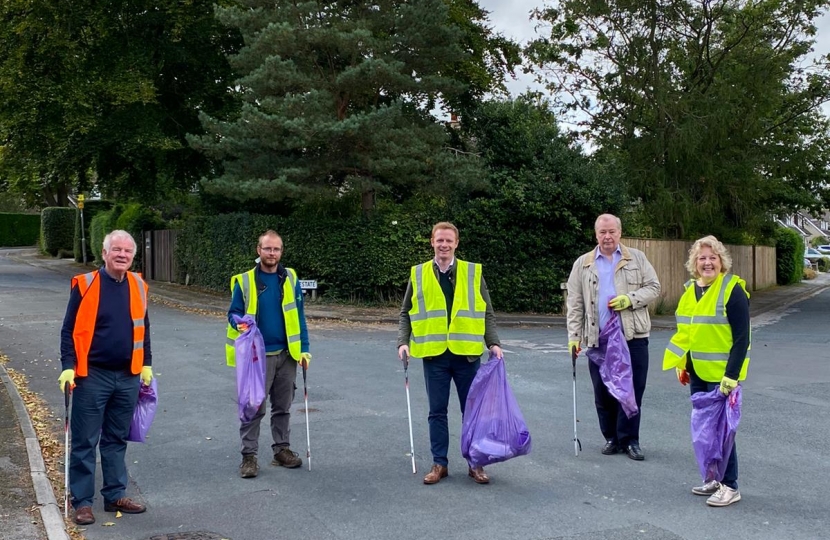 The campaign, which was postponed in early spring due to Covid-19, will run from 11-27 September 2020. It will encourage the great British public to take part in small, socially distanced clean-ups to remove litter from streets, parks and beaches across the country.

The Great British Spring Clean, run by environmental charity Keep Britain Tidy, brings together individuals, community organisations, businesses and councils to show they love where they live and in 2019 more than half a million #LitterHeroes collected more than 900,000 bags of rubbish.

Keep Britain Tidy Deputy Chief Executive Richard McIlwain said: "The overwhelming response to last year’s Great British Spring Clean showed that hundreds of thousands of people who love where they live and are prepared to take action to make it better for themselves, their families and their communities”

“Never before has it been more important for our community to unite in our fight against litter. We know that taking part in community action has positive effects on our mental health, and right now, anything we can do to unite British citizens and empower communities to make a difference during these uncertain times is so important”

“We are delighted that Robbie Moore is supporting this year’s campaign and would like to thank him for taking action to clean up her local environment and beyond”.

“It would have been awesome to have a large group out and about picking up litter as we do most years but unfortunately this hasn’t been possible. Instead, I did my bit by taking a morning out of my schedule to pick up, and dispose of, all the litter I could see.

“Cleaning up the local area, and seeing the difference one individual or group of individuals can do can actually be quite fun so I would encourage everyone to take some time to clean up their own area in a Covid secure way.”

The campaign, in partnership with the Daily Mail, is made possible thanks to headline partners Co-op, Mars Wrigley, Red Bull and Wilko and is supported by players of People’s Postcode Lottery. The campaign is also supported by Clear Channel, Coca-Cola, Pepsi MAX and Walkers.

To find out how you can get involved, whether that’s by pledging to pick up litter in the course of your daily routine or organising a clean-up with up to five friends or family, visit keepbritaintidy.org/GBSeptemberClean