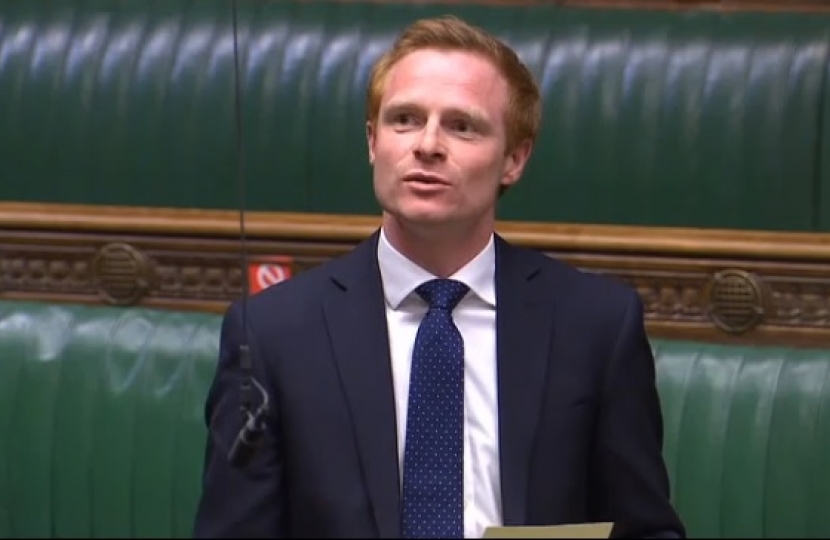 Keighley and Ilkley MP Robbie Moore, who has this week returned to Westminster, took an opportunity in the chamber during Treasury Questions on transport infrastructure to lobby the Government for funding for the proposed Steeton/Silsden pedestrian bridge.

Back in 2016, Mr Moore’s Conservative predecessor, Kris Hopkins, successfully obtained £700,000 of central Government funding for a feasibility study. Earlier this year, almost four years on, Bradford Council & the Yorkshire Combined Authority produced an Outline Business Case for the proposed bridge suggesting that it would cost in the region of £3.6 million to construct.

Mr Moore said: “I am determined to see the pedestrian bridge built so that we can ensure a safe crossing over the busy dual carriageway for the many residents of Silsden and Steeton who cross the road on a daily basis.  Since I stood for election to become the MP for Keighley and Ilkley, I pledged to support the construction of this bridge in whatever way I can. I will keep lobbying Government Ministers to secure the necessary funding. During early March, before the coronavirus lockdown, I met with the Minister for Roads, The Baroness Norbiton to push the case, and this week through my physical presence in the Chamber, I raised the issue directly with the Treasury Team.

“I am conscious that it took Bradford Council and the West Yorkshire Combined Authority almost 4 years just to produce a feasibility study, but with the Outline Business Case now produced by them, I will now be using every opportunity available to push the case for the needed funds so we can get the bridge built.”