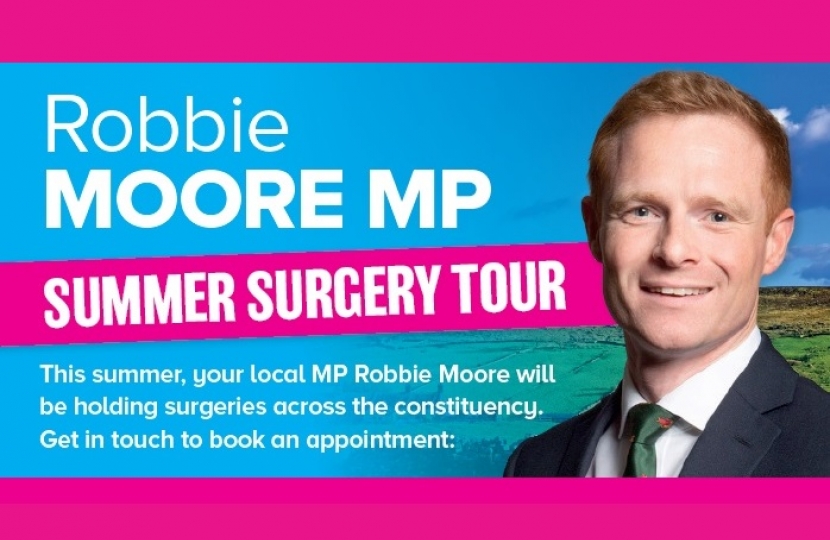 Keighley and Ilkley MP Robbie Moore will kickstart his summer tour around the constituency on Monday 26 July as this Parliamentary session ends. During his tour Robbie will be visiting a mixture of businesses, local groups and charities, as well as shadowing a number of key workers on their daily shifts, including the Police and Fire Services.

Commenting Robbie said: “As Parliament winds down for the summer recess, this gives me the perfect opportunity to spend the next six weeks touring around the constituency, visiting the many fantastic places that Keighley, Ilkley, Craven and the Worth Valley has to offer.

“As Covid restrictions have now been eased, I am able to do much more than I could last year and speak to many more people. This year I am also touring my surgeries around the constituency so I can reach out to as many constituents as possible.”