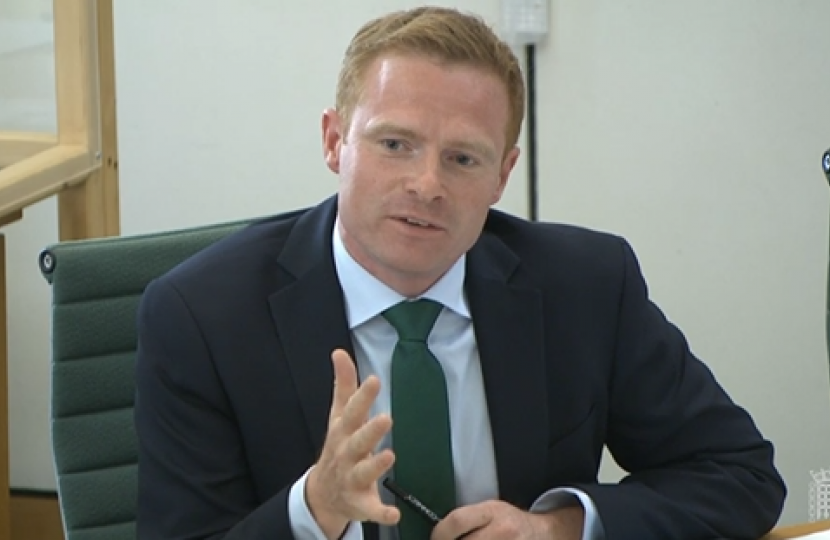 A campaign supported by two district MPs to get supermarkets to repay money saved in business rates today received praise from the Prime Minister – now the MPs want assurances the money will go to those who missed out on Government support.

Keighley and Ilkley MP Robbie Moore and Shipley MP Philip Davies were part of a Blue Collar Conservative campaign calling on supermarkets to pay back the £2 billion unpaid after Chancellor Rishi Sunak suspended business rates for a year to help struggling businesses at the start of the pandemic, which has seen many businesses pledge to return the money. Supermarkets have agreed to pay back the £2 billion, and now MPs want further assurances from the top of Government that money goes to those in need, who have been excluded and not back in the Treasury pot.

“Many of these businesses have made the ultimate sacrifice during the pandemic, it is now time that we assist them in their hour of need.”

Mr Davies said: “There are still many individuals and businesses who missed out on support and desperately need it. When we started this campaign, we were clear the money should be repaid and redistributed and that is the basis on which supermarkets said they would pay it back.

“While I appreciate the Prime Minister praising the work of Blue Collar Conservative for securing this money back, what I really want is assurances from him on how this money will be redistributed. In the coming weeks I will be asking more questions of both Boris and the Chancellor to do everything I can to ensure businesses and individuals across the Shipley constituency get the help they need.”

The praise from the Prime Minister came in Parliament in response to questioning from Tatton MP Esther McVey, who said BCC were “instrumental” in ensuring supermarkets returned the money.

“If you look at the Government’s support packages, they go overwhelming to the poorest and neediest in society. They are fundamentally a very progressive package of measures.”

Both Mr Davies and Mr Moore reiterated their thanks to supermarket staff for working tirelessly throughout the pandemic to keep the country fed.

Last year both called for an increase in the sentence someone can be given if found guilty of assaulting a shopworker after cases soared during the first lockdown.

Keighley and Ilkley MP Robbie Moore has called on the Government to push for a UN-led investigation into the allegations of genocide by the Indian Government in the Kashmir region.