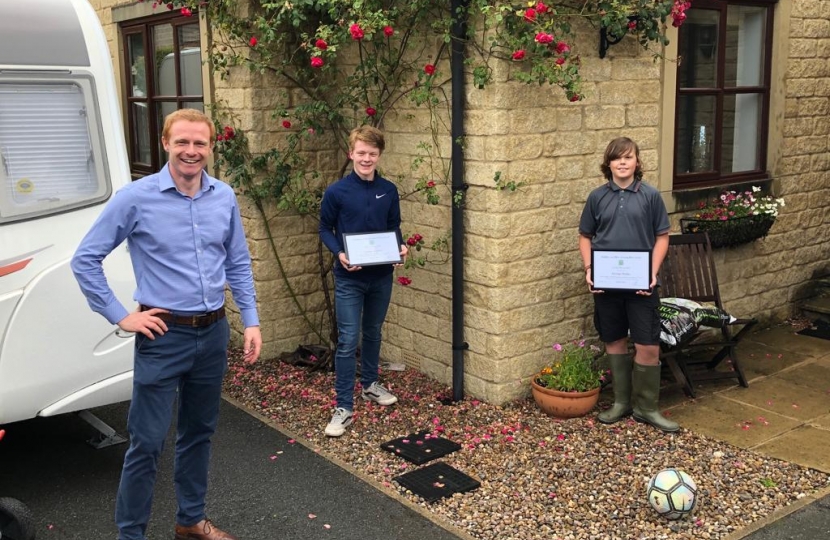 Two year 9 students from Ilkley Grammar School, George Buckley and George Peters, have both been award the Keighley and Ilkley Unsung Hero Award by local MP Robbie Moore for recognition to their work in Ilkley.

The two Georges, as Robbie refers to them, have given up their time on evenings and weekends over the past two years making the park and riverside areas looking better- path edging, trimming, sanding and painting benches to name but a few. Every evening over the past few weeks the two Georges would be found filling bin bag after bin bag full of litter which had been left by the revellers visiting Ilkley.

Robbie said: “It is easy to give all young people a bad reputation because of the actions of a few. However, I have been amazed and reassured by the number of young people who have been nominated, and received, the Unsung Hero Award. The two Georges have done an excellent job over the past two years with making Ilkley a better place to live. They truly are role models to other young people in our area and I hope more follow in their footsteps.”

The Keighley and Ilkley Unsung Hero Award is still open and nominations can be made here: https://www.robbiemoore.org.uk/unsung-hero-awards.