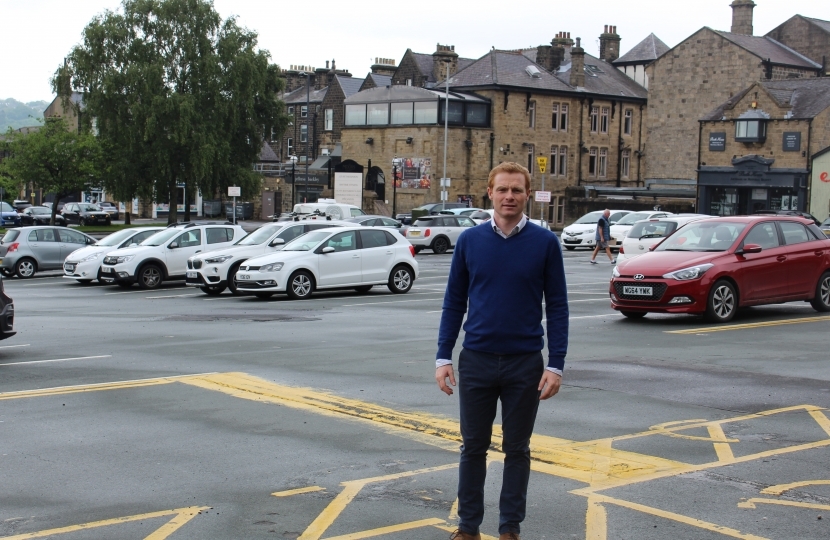 Areas in the Keighley and Ilkley constituency with very low or no Covid cases will become exempt from the additional local restrictions currently in force across the whole of the Bradford District Council area. From Wednesday 2nd September, the Craven, Ilkley and Worth Valley wards will all be brought in line with national restrictions while the three wards which make up the Keighley town area being Keighley Central, East and West will continue to have the local restrictions in place due to current Covid data.

Local MP, Robbie Moore, has called the changes ‘a victory for common sense’ as the restrictions were lifted on his advice despite objections from Bradford council’s Labour leadership.

This week the leaders of Bradford, Calderdale and Kirklees councils wrote to the government calling on them to ‘resist pressure’ from MPs like Robbie and neighbouring MP Philip Davies after they called for restrictions to be enforced on a localised level which followed the Covid data rather than a broad brush approach that just followed the Bradford District Council boundary. The joint letter was described as ‘bizarre and irresponsible’ by Robbie Moore MP, as the council leaders changed tack and asked the government to bring the three council areas out of local restrictions altogether. This in despite of Covid case levels still remaining high in Bradford city itself, as well as in Keighley Town being high.

“I’m glad the government have taken this decision to allow localised restrictions to be enforced based on data, rather than an arbitrary boundary covering the council area. Earlier this week Philip Davies and I told Susan Hinchcliffe and representatives from Bradford council that we could not support their broad brush approach which unnecessarily penalises areas where the data doesn’t support additional restrictions.

"Susan Hinchcliffe’s sudden change of position earlier this week was completely irresponsible, political game playing and lacked any justification. We still have new Covid cases being reported in Bradford and the Keighley Town area and that’s why I am keen to see Keighley still have some extra restrictions in place until be can collectively get the new Covid cases down.

“The Health Secretary Matt Hancock supports the idea that localised restriction should mean local backed by data. By allowing the data to guide the government’s approach, rather than council boundary’s, as promoted by Bradford Council, I’m glad we have been able to achieve this victory for common sense.”

Stay up to date with news stories like this