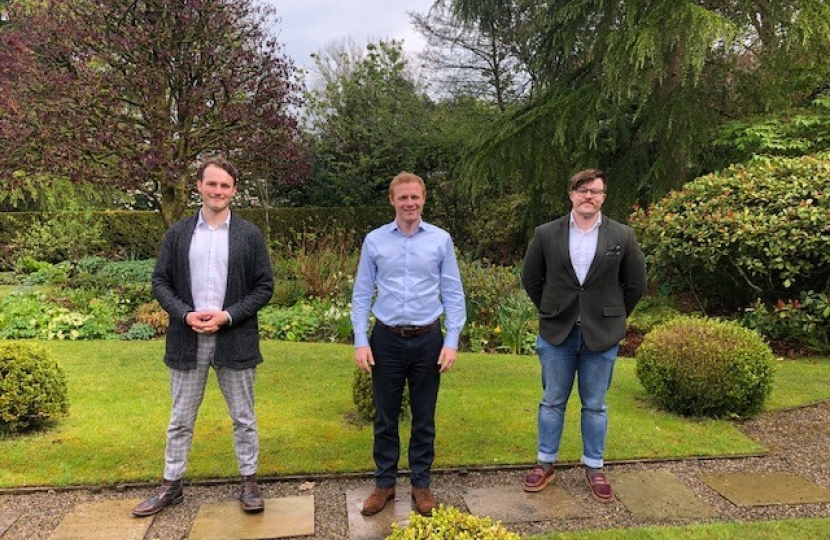 Ilkley duo Patrick Godden and Jack Hanson (both 27), have already walked the length of the River Wharfe to raise awareness and funds for the Ilkley Clean River Campaign. The Wharfe at Ilkley was the first river in Britain to be given Bathing Water Status but, says Patrick, ‘Like most rivers in the UK, it is heavily polluted. Not just with litter but by the raw sewage discharged by treatment plants along the length of the river. As local lads who grew up with the Wharfe as a backdrop to so many good times, when we realised the extent of the problem we knew we had to get involved.’

On their 65 mile journey down the river from its source to where it joins the Ouse at Cawood, near Tadcaster, Patrick and Jack collected over 150 kilos of litter from its banks. Crowd funding through JustGiving, they have already raised over 80% of their target of £3,000 to fund independent testing of the Wharfe. They have now (17 May) set off on the next leg of their journey - a ten-day, 200-mile walk from Cawood to the Houses of Parliament in London, where Keighley and Ilkley MP Robbie Moore will welcome them.

“The Wharfe isn’t the only UK river suffering from these issue” Jack said "We want to raise awareness across the country and are walking to London via rivers like the Ouse and Trent, and lakes and reservoirs like Rutland Water, collecting waste as we go."

Commenting local Keighley and Ilkley MP Robbie Moore who recently met the duo added: “It was great to meet Paddy and Jack to hear about their fundraising activities. They are both very determined people who want to make a positive change to both the local community and nationwide.

“Cleaning up our waterways is vital to preserving the biodiversity of our streams and rivers – much of which is covered in the Government’s new Environment Bill which is currently making its way through Parliament.

“Paddy and Jack are undertaking a monumental task walking 200 miles from Yorkshire to London – on top of the 100km walk along the River Wharfe which they did earlier this month. I wish them every luck with this mammoth challenge and I look forward to welcoming them on their arrival to London on 26 May.”