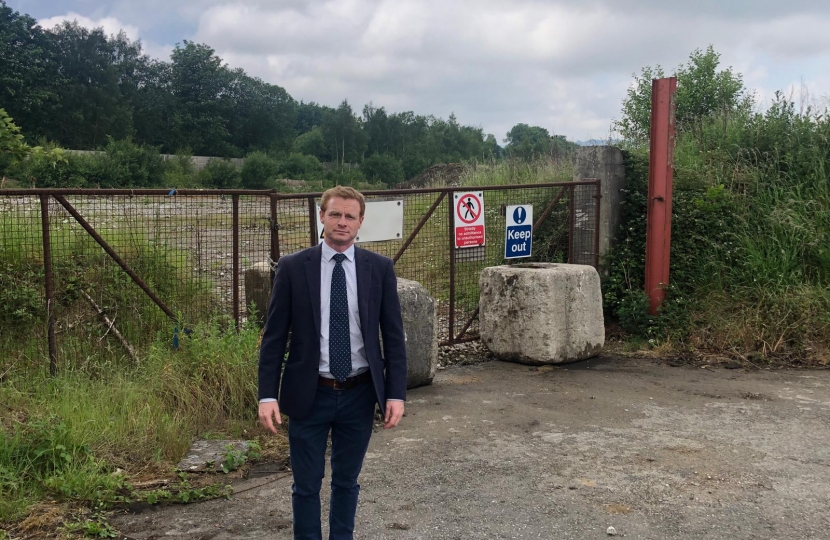 The Environment Agency have extended the period of consultation on a proposed waste incinerator at Marley by a further week. This follows the introduction of further information which they say helped them lead to their decision to be ‘minded to’ grant an environmental permit for the facility.

Proposals for the waste incinerator on the edge of Keighley are highly controversial. The issue has generated significant interest in the press and on social media. Over 560 people have also taken part in a survey on the website of Keighley and Ilkley MP Robbie Moore, with over 95 per cent of participants saying they are against the plans.

On 12 June Robbie wrote to the Environment Agency’s regional director on behalf of the campaign group Aire Valley Against Incineration (AVAI) who had raised a series of concerns with him, including a lack of information on how the EA arrived at their decision to be ‘minded to’ grant the environmental permit. This led the EA to extend the second public consultation on the plans by a further week.

Robbie said: “These plans are so inappropriate on this site and the campaign group Aire Valley Against Incineration are working so hard to represent the views of residents living near to the site. That is why I was more than happy to back their campaign and ensure their views are given the hearing they deserve.

“Sadly, I think the provision of additional information may just show that the plans will be railroaded through despite what residents have to say, but I am glad that residents will now have an extra week to voice their concerns.”

People now have until midnight on July 29th 2020 to participate in the second public consultation. The link to the consultation can be found here.

Stay in touch with my campaign to stop the Keighley waste incinerator.