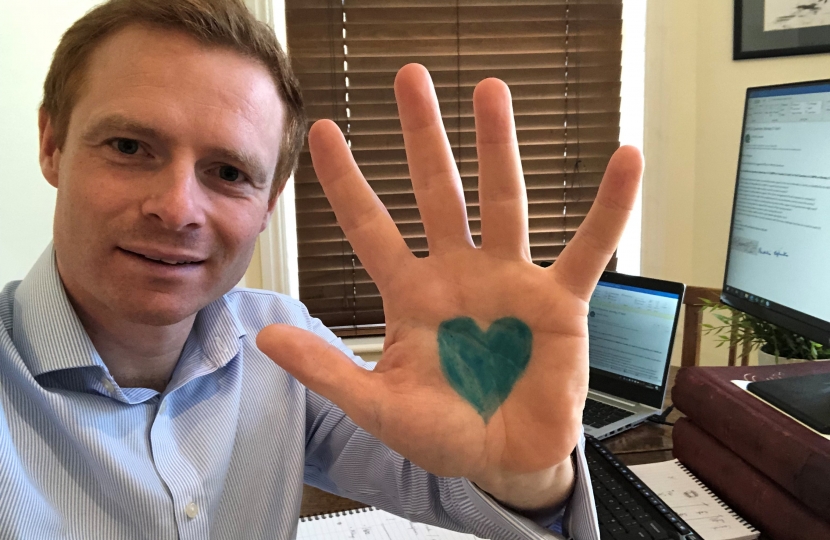 On the 6th July 2020, the Domestic Abuse Bill passed through the House of Commons for the Report Stage, before making its way to the House of Lords.

I registered to speak in this very important debate, but unfortunately time ran out and I was not selected in the debate. Below is my prepared 3 minute speech which I would have delivered in the Chamber.

It really is awful to hear, but the reality is,  millions of people have unfortunately suffered some form of domestic abuse – which is totally unacceptable, and illustrates that domestic abuse is a huge issue which must be addressed, which is why I am so pleased to see the government bringing forward this vital legislation, as we must shine a light on domestic abuse and tackle this heinous crime.

All of us will have constituency surgery meetings on a whole range of subjects, but some of the most distressing, worrying, heart felt meetings I have had, and I am sure it will be the same for other members from across the house, will have been listening to constituents who have unfortunately been the subject of such abuse.

Residents reaching out, in floods of tears and visibility nervous about opening up and explaining their issue, expressing the horror, the trauma they have experienced physically, sexually, but also mentally, emotionally, economically through domestic abuse whilst trapped in so called ‘relationships’ - with such abuse, violence and threatening behaviour all happening in what should be the safety of their own home.

And it gets worse when you also start hearing about children or young teenagers who have also been impacted, abused, or perhaps even used as weapons, or like chess pieces in some sort of game played by parents or guardians, as they continue to argue and use children as a negotiating position.

And the impacts from the domestic abuse are substantial – they last, they stick around and have devastating, long lasting impacts. Domestic abuse hinders confidence, degrades health and stagnates wellbeing.

It is these harrowing accounts in constituency surgeries that stick with you, you don’t forget them, but they do drive our ambition’s to do something about it.

And here we are, the Domestic Abuse Bill is now before us – which we can confidently say will bolster law enforcement by tackling perpetrators and will help by keeping millions of domestic abuse victims safe and support the survivors of such horrendous crimes.

There are certain aspects within this Bill that I do very much welcome.

Ensuring victims of domestic violence get the priority status they need to access local housing services, so no victim has to make the unbearable choice between staying somewhere they know is unsafe or becoming homeless.

I also welcome NC15 with new protections for children who witness or experiences domestic abuse, so if that child is related to the person being abused or the perpetrator, they will now be regarded as a victim themselves, which will ensure local services consider and address the needs of all children affected – which can only be a good thing.

I certainly welcome NC16, 17 and 18 – as we aim to protect those who are vulnerable going through the court proceedings.

And of course, the establishment, in law of the role of the Domestic Abuse Commissioner, who’s role will be to stand up for victims and survivors; but also to monitor the response of local authorities, the justice system and other statutory agencies; and hold them to account in tackling domestic abuse.

So in summary, Mr Deputy Speaker I very much welcome this Domestic Abuse Bill, brought forward by this government which clearly says to those perpetrators, you will feel the full force of the law, but also provides comfort to victims whether they be adults or children, that the state is on their side, and

You Are Not Alone in this.