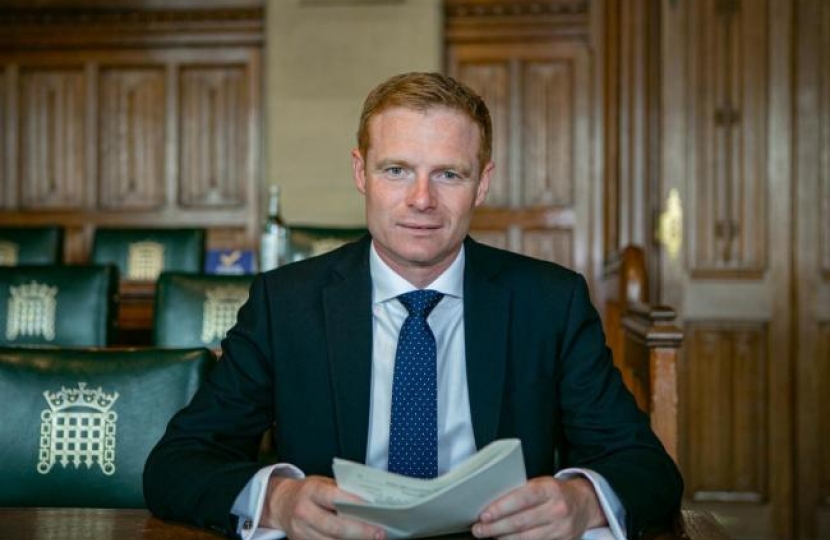 Keighley MP Robbie Moore has called on the Attorney General, Rt. Hon Suella Braverman QC MP, to review the sentences handed out to Star Hobson’s evil mother, and her killer partner. Frankie Smith stood by and watched whilst her daughter was murdered by partner Savannah Brockhill in a ‘violent assault she has no real chance of surviving’.

Last week, mother Frankie Smith was jailed for 8 years after being convicted of causing or allowing her daughter’s death, whilst her partner – murderer Savannah Brockhill – was sentenced to 25 years in prison.

Now Keighley’s MP, Robbie Moore is a calling on the Attorney General to review the sentences handed out, and the time they must serve before release.

Star Hobson was sixteen months old when she died in September 2020 as a direct result of the brutal abuse caused by Brockhill and Smith. The Court heard that Star suffered weeks of physical abuse before the fatal assault which caused unsurvivable injuries.

CCTV footage in Court showed Star being struck twenty-one times over the course of three hours. Investigations have also found that “forceful twisting” caused both a skull fracture and a skin fracture prior to her death. The fatal incident itself involved a violent assault which injured the left lacerations of Star’s internal organs. As Alistair MacDonald QC stated at the trial, there was “never any real chance of saving her life” once these injuries had been inflicted.

Hollie Jones, Star Hobson’s former babysitter, who was the first person to alert the authorities to Star’s treatment said, “I don’t think Frankie has been given enough time. Serving four years is ridiculous for the part she played. I’m very disappointed about the sentencing”.

Mr. Moore has written to the Attorney General, Rt. Hon Suella Braverman QC MP to raise concerns about the sentencing, saying “Anyone responsible for causing these injuries, or sitting idly by as they happened, deserves severe punishment.”

The MP has asked the Attorney General for full details on the maximum sentence available to the judge, particularly in relation to the eight- year sentence given to Frankie Smith, and for details as to why a longer sentence was not given following the trial. Mr. Moore has also demanded assurances on the pair serving their full sentences in prison.

Reports have emerged in recent days that Smith could be considered for release after two thirds of her sentence, minus 443 days already served – meaning she could be walking the streets of Keighley again in just over four years’ time.

Robbie Moore MP said: “The evil murder of Star Hobson has shocked us all. Smith and Brockhill deserve to spend a very long time in prison.

I am extremely concerned that the length of sentence does not reflect the severity of the crime, particularly in relation to Star’s mother Frankie Smith, who could be walking the streets of Keighley again in just a few years’ time.

That’s why I have written to the Attorney General to ask her to review the case. A 16 month child has been murdered, and those responsible must face the toughest of punishments.” 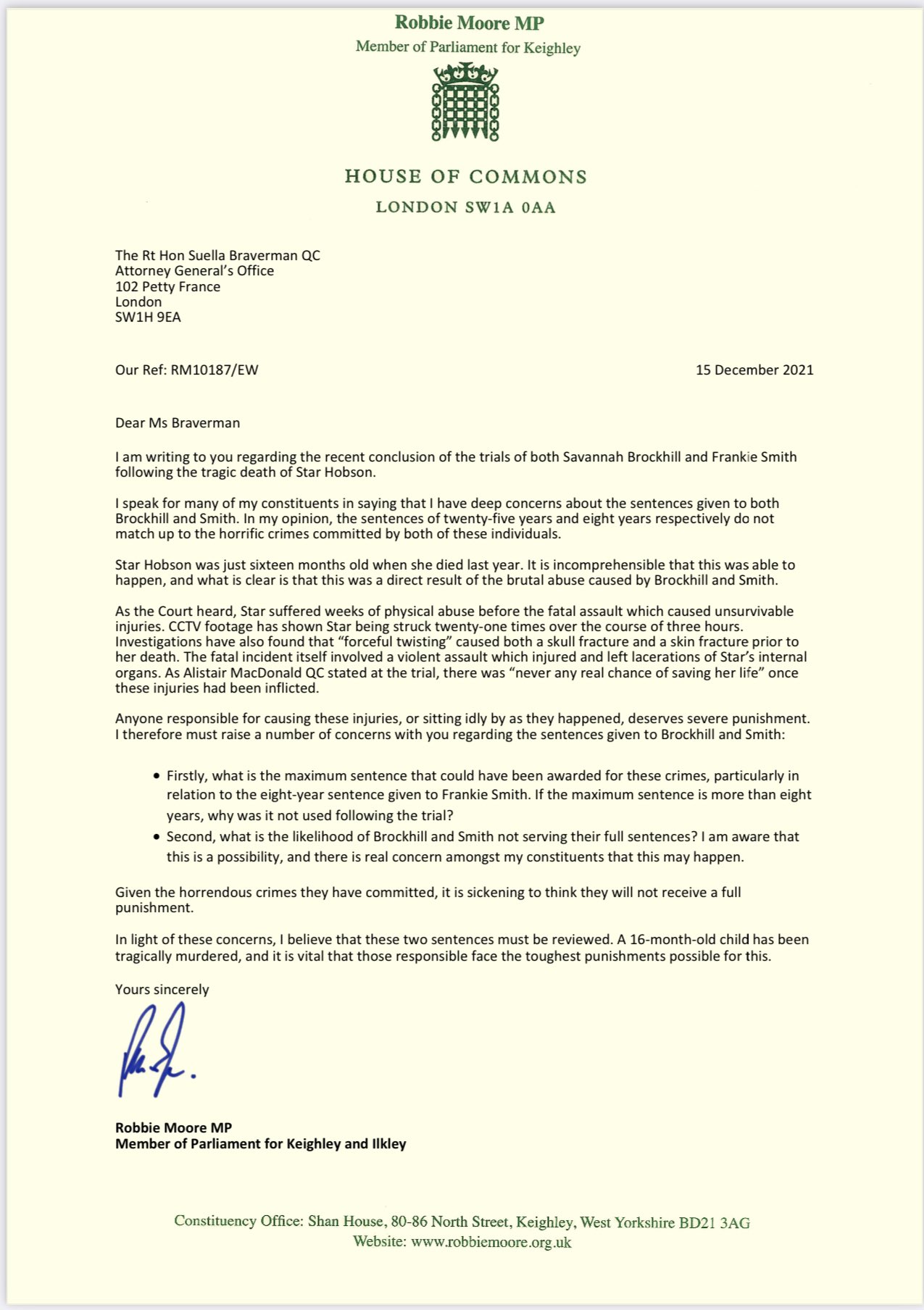