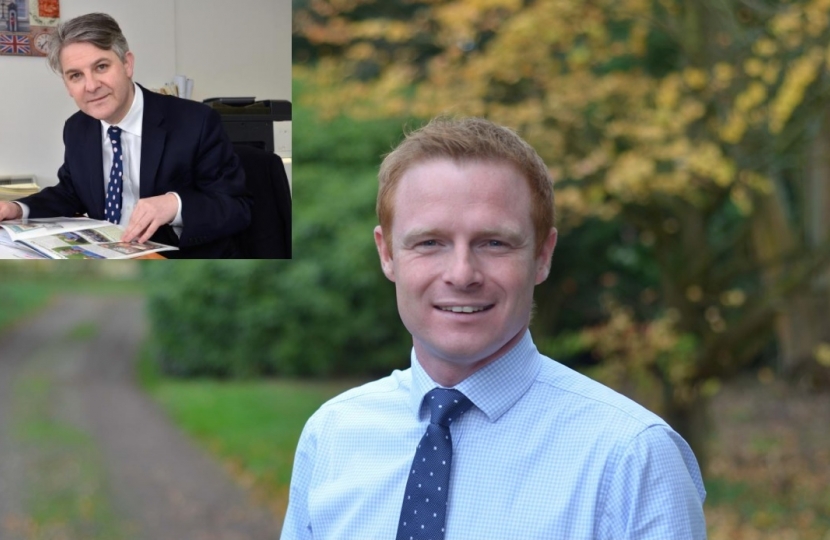 Legendary record producer and musician Nile Rodgers – who worked with stars such as Madonna, David Bowie and Diana Ross - has thanked two district MPs for their part in seeking to ensure artists get their “fair share of the pie” when songs are streamed.

It is thought streaming services take 30-34 per cent of revenues from a stream, with the label taking 55 per cent and the rest shared out between the recording artist, publisher, and songwriter.

Keighley and Ilkley MP Robbie Moore and Shipley MP Philip Davies have been campaigning for a fairer system in relation to how royalties are divided and this weekend received praise from music hall of fame member Nile Rodgers – who has sold over 500 million albums worldwide throughout his career - for pushing the matter in Parliament.

Mr Rodgers said: “We started this fight four years ago we never would have thought it would be politicians and Members of Parliament that could clearly see the problems of the music industry. The Culture, Media, and Sport Committee (DCMS) made incredible, astute, and strong recommendations to Government on behalf of songwriters.

“They have ensured songwriters are recognised and remunerated properly. On behalf of the artists and songwriters I would like to thank you from the bottom of my heart for the work that you are doing.”

Mr Rodgers name checked Mr Davies and Mr Moore during a concert at the weekend at Hampton Court Palace thanking them for their support for songwriters.

Mr Moore said: “We are a nation of music lovers from pop and rock, to classical and jazz. The UK has, and continues to, produce some of the world’s best and most celebrated musicians. It is only right that they are compensated fairly for their work. It has been a tough 17 months for our music industry. Let’s support them properly by fixing this problem so they can receive their fair share of the pie.”

Mr Davies said: “With live venues closed for so long due to the coronavirus pandemic, there has been increased scrutiny on streaming. The way the revenue is divided is wrong and needs to change to ensure a level playing field for everyone involved. With the increase in streaming, it is many musicians' only source of income.”

The DCMS select committee, of which Mr Davies was a member for more than 10 years, has been looking into the issue and heard from Mr Rodgers and other musicians as part of its inquiry. Its report found that unless artists received a larger share of revenues, the UK’s landscape could be transformed within a decade.

The committee said while streaming had “brought significant profits to the recorded music industry, the talent behind it – performers, songwriters and composers – are losing out”.

Both MPs previously wrote to Boris Johnson asking him to fix problems surrounding streaming laws. The MPs told the Prime Minister while streaming had created huge opportunities, a gap in the law meant streaming income ends up in the pockets of record labels, streaming platforms, and digital giants, rather than in the hands of the artists.

In the letter to the PM signed by Mr Moore and Mr Davies they said: “These huge and often foreign-owned multinational corporations have done astronomically well this past year compared to artists.

“Britain’s cultural heritage is under threat and we urge you to fix streaming so that it pays like radio.

“Importantly, this change would not cost the taxpayer a penny.  Conversely, it will put more money in the pockets of British taxpayers, as well as create British jobs in the music industry and raise revenues for British public services like the NHS. This is the sort of governance our constituents want to see as we emerge from the pandemic: common sense reforms that put taxpayers first and help deliver on your levelling up agenda”.