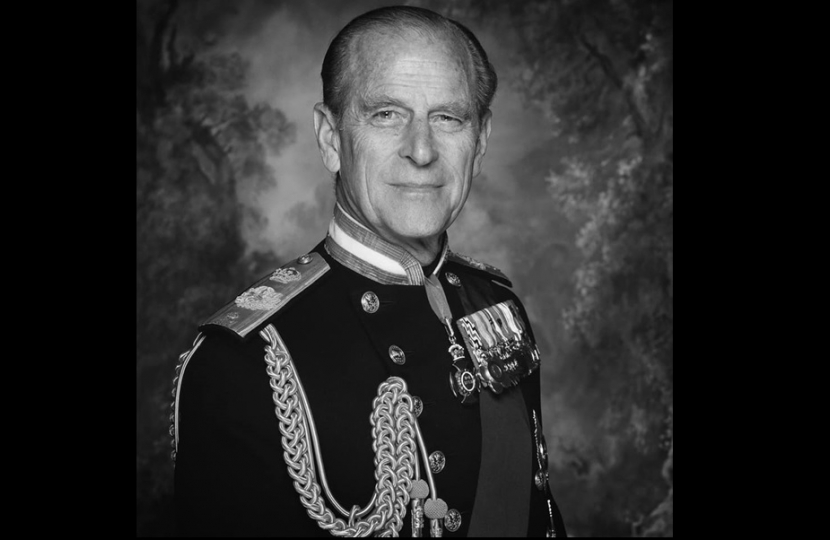 Keighley and Ilkley MP Robbie Moore pays tribute to HRH The Duke of Edinburgh, Prince Philip, who sadly passed away on 9 April 2021 at the age of 99.

As Parliament sits today for tributes to be paid to the Prince at the end of a long and active life, Robbie pays tribute to a man who has selflessly given his life in service to his nation, championing shared ambitions of Robbie’s including the environment, wildlife and providing children with opportunities.

Robbie said: “It is with great sadness to hear Prince Philip has passed away. My sincere and deepest condolences go to Her Majesty The Queen and the entire Royal Family. Prince Philip served our country with extraordinary commitment, immense dedication and was devoted to public service.

“The Duke was linked to around 780 organisations and founded the prestigious Duke of Edinburgh award scheme which helps young people move forward in their lives and careers. That scheme alone made a difference to the lives of millions across the entire Commonwealth as well as here in the UK. His environmental work and his commitment to conservation of the natural world has helped change the opinion of many influential people.

“The Duke celebrates a proud history of military achievements within the Royal Navy, and although his active service was cut short, he continued to support our Armed Forces to the very end.

“Overall, he was a family man, dedicated to supporting his wife, The Queen, as well as his children, grandchildren, and great grandchildren.  As we mourn the passing of an outstanding national figure let our thoughts and prayers be with them at this very sad time.”